Don’t get me wrong, I’ll miss FantasyCon 2015, but here’s why I think it’s more than worth the wait. 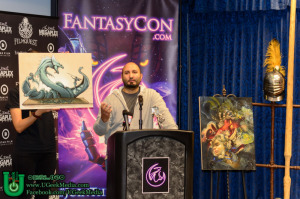 Spend a few minutes talking with Josh Patel, FantasyCon’s founder, or anyone else on his team and you will quickly find that to them FantasyCon is more than just a convention, it’s a passion.  We have had the pleasure to work with Josh and his team several times and can honestly say that they are amazing people.  You can bet that pushing the convention back a year, to June 2-4, 2016, will result in a convention that is bigger and better in every way.

FantasyCon 2014 took over 6 years to complete because Josh had a unique vision. He set out to create something original and to involve some of the greatest artists, entertainers, and scenes from around the world.  Sure, he could have done it again by putting everything from 2014 back together, inviting a bunch of celebs and vendors, and doing FantasyCon #2, but that’s not good enough.  He wants FantasyCon 2.0, and that takes time to do right.

Charlie Andrews from Knights of Mayhem

Billy Boyd will be back in 2016, and this time he’s bringing his band “Beecake” for a VIP concert.  We’ll have another amazing water feature to gaze at which will be 25 feet wide by 15 feet high, over twice the size of the first one.  Charlie Andrews from Knights of Mayhem full-contact jousting will be bringing in other champion jousters from around the US and the world for a jousting tournament. And of course they have many more world-class artists, entertainers, and celebrities from around the world that they have not yet announced.

FantasyCon may be taking their time on this next convention, but don’t worry; 2016 is still going to be a big year, and they’re already working on 2017.  This February 13th they’ll be hosting the Bleeding Heart Ball, an 18+ cosplay charity ball to benefit American heart association and American red cross.  They’ll also be running monthly Literacy through Fantasy events, where they work with Salt Lake County Libraries, the Head Start Program, and the Boys and Girls Club to get free donated books into the hands of children.  And finally (at least for now), FilmQuest, one of FantasyCon’s partners, will still be holding their second annual film festival screenings from June 18-27, 2015.

As you can see, FantasyCon is here to stay, and they’re staying busy.  RIP FantasyCon 2015, but keep an eye on their social media pages, and ours, for all the latest updates and events, and let’s all look forward to an amazing FantasyCon 2016! 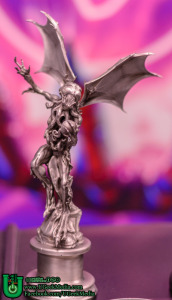 « The Hobbit: The Battle of the Five Armies [Review]
The Babadook [Review] »