So I just finished Star Wars: Aftermath, one of the novels in the new post-Return of the Jedi canon. And I read it literally the same day I finished reading Timothy Zahn’s Thrawn Cycle, as it is lovingly called, which until the Disney–Lucasfilm merger and announcement of The Force Awakens was considered the definitive and most important novel in the Star Wars Expanded Universe. Aftermath takes place right around the same period of time in the new continuity. So I have decided to write a dual review of the two and compare them. Which one is the better immediate follow-up to Return of the Jedi?

Before I start, let me point out that Zahn had no Star Wars I–III. He had to make up himself the story of the Clone Wars, or at least fill in enough details to make it look like he knew it. He had to come up with his own alien species. He had to come up with his own epic space opera without the Star Wars mythology we currently enjoy. He didn’t have the extremely talented and skilled design and writing teams to help him do it that Lucas had for both trilogies and that JJ Abrams has for the new trilogy. And sometimes it shows. Let me illustrate:

“Sounds a lot like Endor,” comments one character peripherally after being briefed on one of Zahn’s situations.

Yes. Yes it does.

And Luke does not cease to compare his jailbreak of Kaarde out of the Star Destroyer to breaking Leia out of the Death Star, to acknowledge the parallels when he—rather than making his exit through the garbage compressor and almost gets squished in the process—enters the prison through the garbage compressor and almost gets squished in the process. The clandestine meeting at the seedy bar where a Jedi must end a fight isn’t just like Obi-wan saving Luke in the Mos Eisley cantina, but it sure is similar, as Luke reflects. There is a lot of reflection going on here. Lines are lifted verbatim from the trilogy more times than I care to mention, and some more than once (an iteration of “Watch it, Gold Leader, you’ve got one on your tail!” is used at least twice in the same book). Time and time again, Zahn simply reiterates scenes from the original trilogy, modified in some way, and openly notes the similarity. But just acknowledging that he is doing it doesn’t negate that he is doing it. There is, of course, merit in revisiting a situation after having learned and grown more and forcing a different outcome, serving as a marker of character development. And using a line from the films in homage is fine, too. That’s cool. But do it too often and it starts to look like you’re hurting for ideas.

Nevertheless, the novels were fun. They were exciting. They got me turning the pages and filled me with nostalgia, managing to instill within me that good old nerdy feeling of Star Wars love. It brought back memories of playing Mysteries of the Sith on the old family PC. It brought back memories of my Star Wars fan fiction I wrote in the late 90s. It made me want to go back and re-watch the original trilogy. In its own weird way, it did justice to the Star Wars universe. So, in all, I say 10/10, would recommend. Because frankly, if you’re the sort of person who is interested in reading anything about what happened to Luke, Leia, and Han post-Return of the Jedi in the first place, you’ll probably love the Thrawn Cycle.

On a peripheral note, the official Star Wars material from Episodes II–III tell a much better epic story of the fall of the Republic and Anakin and the Clone Wars than Zahn’s pieced-together version. Clone madness was the reason the Clone Wars were bad? Something about seeing the same face too often is scary? That seems almost minor compared to what actually happened in the new canon. And in retrospect, it is kind of hilarious for Luke to encourage Mara to remember her training under the Emperor in preparation for the final battle, knowing what we do now about the Sith Order.

But is retrospection 20/20? Does having all the previous canon set in stone make for a better story? Turn to Star Wars: Aftermath by Chuck Wendig, released last weekend as part of what appears to be a two-pronged campaign: (1) generating hype for The Force Awakens by filling in the narrative gap between it and Return of the Jedi, and (2) building on that same hype to ensure that the new Star Wars franchise is financially successful. The market is ripe for exactly this product, hinting at what kind of a far, far away galaxy we might see this December.

But is it a superior story?

Let me be fair: Aftermath is, I think, far and away a better-written book than the Thrawn Cycle. The characters are nearly all original, distinct, and interesting. It’s surprisingly literary, if occasionally trite. It felt like a Ray Bradbury-meets-Isaac Asimov original novel (but with a lot more violence) that happened to share aesthetic similarities with the Star Wars universe. That sounds like some glowing praise, right? Well, let’s keep going.

To start with: the characters. There are only a very few scenes featuring characters from the original trilogy. I suppose technically one of the main characters does have a bit part in RotJ, but her story is expanded enough to make her essentially an original character. But in any event, the characters were fascinating. What happens when a bounty hunter, an ex-Imperial officer running from his past, an ace Rebel pilot, and a genius kid and his pet battle droid are forced together by circumstance on one of the last strongholds of the Empire? I’ll just leave that there and note that the answer doesn’t disappoint. Wait, where’s the down side?

The story, maybe? Well, not so much. It’s a decent story. Certainly better than some novels I have read recently. The Thrawn Cycle tells a very large story spanning many worlds while Aftermath is a much smaller story, focused on one world with Bradbury-esque snippets of other, somewhat related doings around the galaxy, so it’s hard to compare them purely on plot. It doesn’t quite follow a three act structure, but it does have conflict, building tension, and resolution, all of which is intriguing and well crafted. But John, you’re saying, you did mention there was a down side, right?

A major one: it just wasn’t Star Wars for me.

Maybe it was because I had just watched the Star Wars Holiday Special and everything I saw or did in the following twenty-four hours was tainted by that experience. But it just did not smack of that Star Wars vibe. I felt like I was reading another novel in another universe.

Perhaps most saliently: it was darker than I like my Star Wars to be. I mean, Anakin killing children is pretty dark, but the power of smaller-scale, intimate stories is great. It’s one thing when the Empire blows up Alderaan and it’s just sparkles on a screen and we’re supposed to feel sad. It’s quite another hearing about the hinted rape and torture of individuals, even children, which came off too strong for what I usually think of when I think of Star Wars. In many ways it felt more like a George RR Martin creation than something inspired by George Lucas.

Maybe just a few more glimpses into something familiar would have given it that Star Wars feel. Maybe more time with some of the trilogy characters would have grounded it in that universe. But as it is, with a mostly-unfamiliar cast on a new world against new villains with only references to the Star Wars universe to ground it, it felt like an original sci-fi world rather than the one I fell in love with, which love prompted me to read the book in the first place. It’s the opposite problem I had with the Thrawn Cycle, where it was too familiar: this one isn’t familiar enough.

But it does deliver some crucial hints as to what is in store for the New Republic (which is now officially canon), explain why there were celebrations on Coruscant even under Imperial control, and preview some settings and possibly characters in The Force Awakens. Toward the end, we get some particularly fascinating insights into a certain planet that will feature prominently into the new film. So for that reason alone, I recommend reading it. But frankly, strictly as a Star Wars story, if you skip through the chapters until you spot that certain planet’s name, you probably won’t have missed much. Unless of course one of these new characters somehow figures into the new film, which I doubt. As for the other hints and foreshadowing, I see a lot to suggest that my plot speculation from last month is more or less accurate.

So in short, Aftermath may be a better novel on its own, but the Thrawn Cycle, flaws and all, was the superior Star Wars story. This is of course just my opinion, and that may come back to haunt me when I write my next article on the Expanded Universe versus the JJ Abrams continuity. But until then, give Aftermath a read and Thrawn a re-read and see what conclusions you come to. 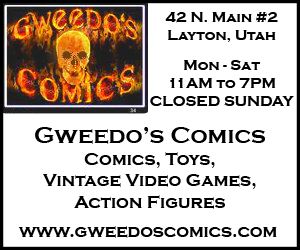